OK, back to business. Here are two gems, one I've had for many years, the other I've only just acquired. A yard sale find, as so many of my favorite items are. And because these are a matched pair – little did I know the LP I've had for so long had a counterpart – I've decided to put them up as a two-fer.

Tenor sax player Georgie Auld was something of a superstar in his day. As the hot tenor man in the Artie Shaw and Benny Goodman orchestras, Auld could write his own ticket. And he could really blow.

Born in Canada in 1919, he moved to the USA in his first decade and took up alto in his teen years. After hearing Coleman Hawkins, he switched to tenor and developed a big, boxy sound reminiscent of the Hawk's. With Goodman he became a real star, playing in various versions of the leader's sextet. If you've checked out Gems before, you know that down the list of posts there's an offering of airchecks by BG that feature Georgie. Highly recommended if you haven't sampled it already.

In the mid-'50s, Auld made money recording yackety-sax stuff on rock 'n' roll records. But by the early '60s, he was back on the jazz track. These two records both come from 1963 and are excellent examples of Auld's mature style in a small-group setting with fine younger players.

While Georgie Auld falls somewhere in between Coleman Hawkins and Dexter Gordon stylistically, to my mind he doesn't get much credit for having evolved with the music. The guy who started out playing Bix's "Davenport Blues" with Bunny Berigan is the same guy who evokes Sonny Rollins here with "For Losers and Boozers." If you've never really heard him – or only heard him in a big band setting – these sides should be a revelation.

As always, the tunes were ripped from the original vinyl with only a very minor cleaning of occasional pops and clicks. 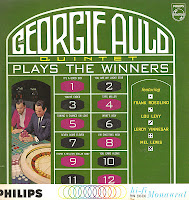 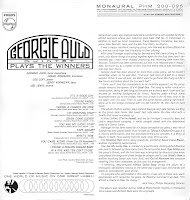 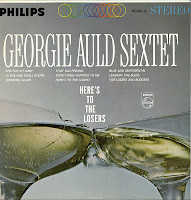 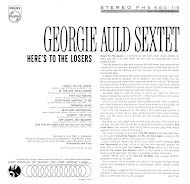 1. Here's to the Losers
2. In the Wee Small Hours
3. That Old Feeling
4. Everything Happens to Me
5. Drinking Again
6. Blue and Sentimental
7. Learnin' the Blues
8. For Losers and Boozers (Auld-Vinnegar)
9. One for My Baby