Papa and the Judge

There's no story with this Gem. I just saw this on eBay and had to get it so I could hear it. The price was reasonable and there seemed to be no other buyers, so I won the bid. Once I did hear it, I was amazed that such a recording could have been made in 1960. This sort of adventurous duet is something one would expect to hear from creative music practitioners – the AACM or BAG or one of the other post-bop traditons.

What sort of duet, you ask? Why, an entire record of bass and drums playing together by their lonesome. And not by just any bass player or drummer. Performing on this LP are two giants of the swing and modern eras in jazz – Papa Jo Jones and the Judge, Milt Hinton.

What makes this record so remarkable – other than it wasn't the sort of thing anyone was recording in the '60s – is the fact that these two gents hearken back to the heyday of the big bands. Jones with Basie, Hinton with Cab Calloway. That they would make such an unusual recording is an eye-opener, for me anyway. I guess there is nothing new under the sun after all.

Everest Records, by the way, was an interesting label. One of the first to produce high-end stereo recordings, they had a strong jazz division and put out quite a few mainstream jazz recordings, including some very good ones by Basie arranger Ernie Wilkins and a number by Jo Jones and Sweets Edison. The company's owner, Harry Belock, used 35mm film stock to make his recordings, believing the movie material captured a higher quality of sound. I don't know if that's true, but the process cost him quite a bit more than conventional tape.

So here are Papa and the Judge, free-improvising in the studio (there are only two bonafide tunes). The sound quality is good, but there is some background noise which, as far as I can determine, was present in the actual recording. I've cleaned it up a bit, and I think you'll find it an interesting listen. From the original vinyl, of course! 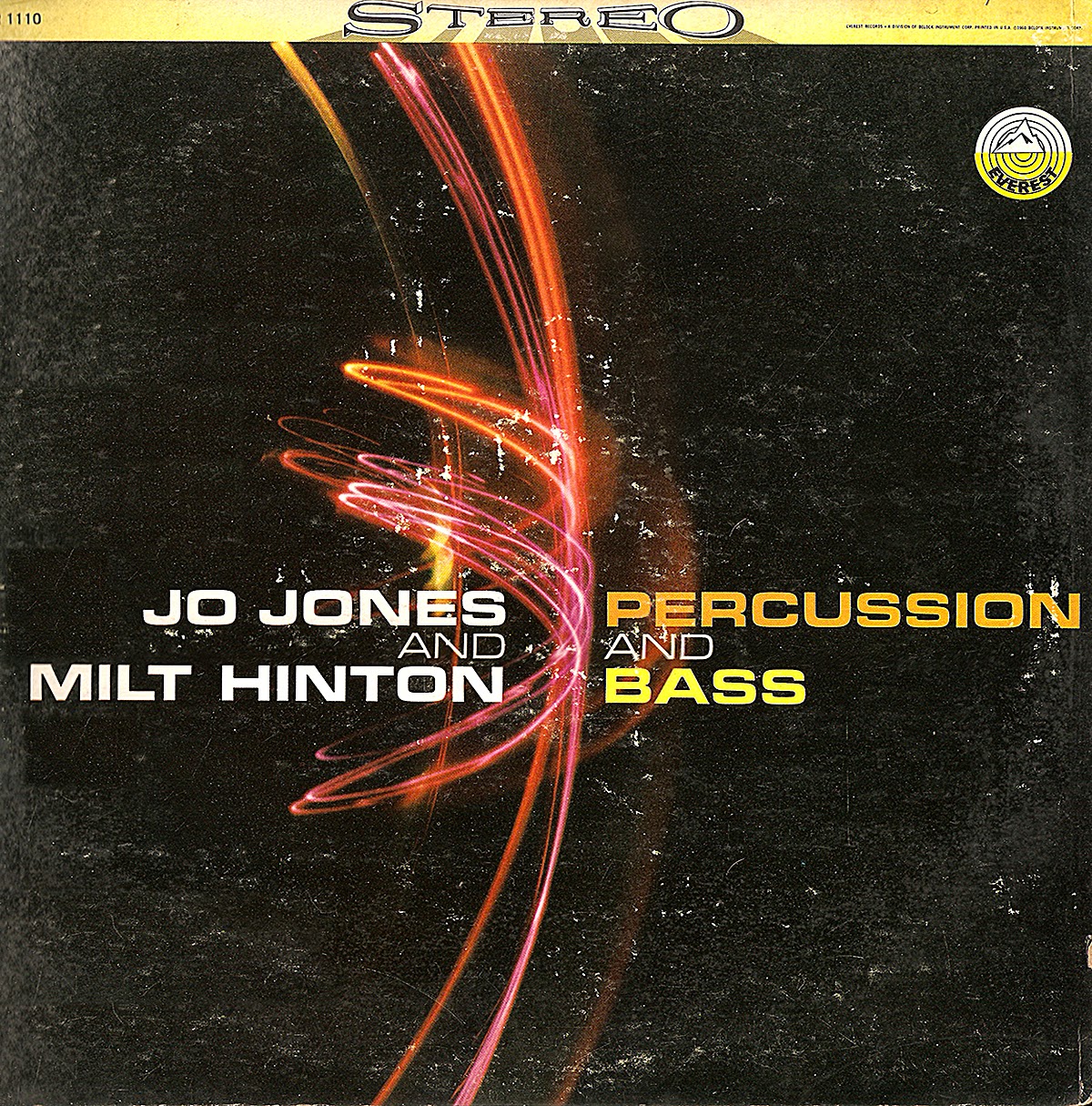 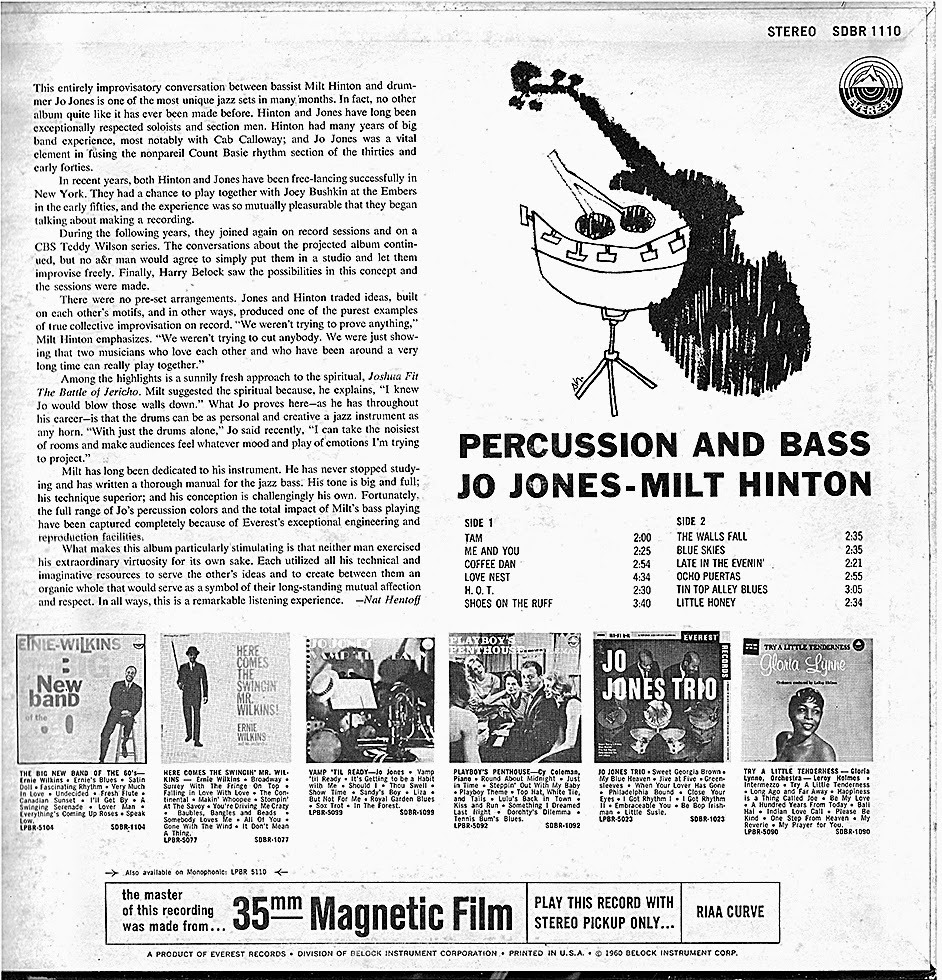