Requiem for a Collector

Like most citizens in this day and age, I have a day gig. Only, because I work for a newspaper, my day gig is frequently on the night shift. The news never sleeps, especially in the digital age. So that's me, driving back and forth to work, trying not to doze off long enough to wake up in a ditch at 1 a.m.

Every now and then I try to do something interesting to make the commute a bit more palatable. I'll take a different route or pick up something tasty for the ride or visit a local thrift store (if I can get off early). There's one shop I pass every day that's a bargain hunter's paradise. I've been in it several times over the years, and never have had the patience to see it all. Stuff everywhere. Too much stuff. 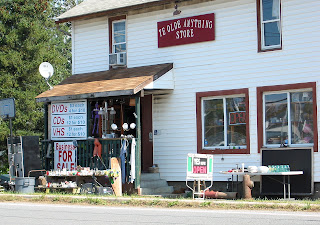 One day I was early for the job and the weather was right and I was in the mood. I pulled over in front of "Ye Olde Anything Store" and plunged in. "Any new records?" I asked its corpulent, grubby proprietor. "Records? Yeah, right out back, in the shed. Here's a light bulb for the lamp. It's pretty dark out there. Just screw it in."

Screw it in? He was right – it was dark. And musty. And FULL of records. The chicken coop-sized shed out back was a repository for vinyl. The bulb helped a little, and after my eyes adjusted I could see pretty well. I went through several stacks without much luck. Mostly those annoying LP-sized disco singles. And record jackets with no records.

On the floor amid the piles was one of those big blue plastic recycling tubs that we have here in New York. Sticking up from one end of the tub was something that got my attention. It was the corner of a pink Mylar sleeve – the kind of sleeve that American Recording Society LPs came in. Jazz LPs. I pulled it out and checked. "Billie Holiday Sings," ARS G-409. In mint condition. Lucky me! Then I noticed that there were 50 or 60 more just like it in that blue tub. Hoo-boy.

I pulled what I could and settled up with the grubby fellow out front. The score amounted to 57 records, all American Recording Society sides, all with their accompanying booklets. All great jazz. The man wanted a buck a piece for them, but took $55. I went off to work, thinking of other things.

A week later I went back to "Anything" and really went through everything. Not only did the guy have records in the shed, he had some in the cellar of the main house and farther out back under a big tent. I found several hundred additional sides, nearly all in pristine shape. And all, it turned out, from a single collection.

How did I know? Nearly every one of the records I pulled from the pile had a name stamped on the back cover. "J.J. Chambers" it said. Mr. Chambers clearly loved traditional jazz, and he took special care of his records. Judging by the nearly complete set of ARS sides, he must have belonged to a few record clubs. American Recording Society albums were repressings of Verve discs, all sanctioned by Norman Granz and only available by mail. And they all had liner notes in booklet form – something the originals lacked. Mr. Chambers' collection also included a large quantity of Jazztones LPs – another '50s record club product. There was also a nearly complete set of George Shearing records, evidence that J.J. may have belonged to a Capitol record club as well. 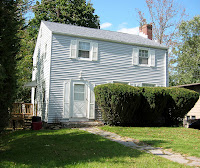 The backs of several of the records had address stickers attached  – the kind you get with junk mail solicitations. J.J. Chambers clearly lived nearby the "Anything" store. In fact, he lived on a side street that was on my route to work. I'd been going by his house every day for nearly seven years. It was an unassuming box-like structure, sided in baby blue aluminum clapboards with overgrown boxwood bushes out front. An inauspicious abode for a swinging jazz fan ...

One of my editors lives on the same street, and it turned out she vaguely remembered J.J. Chambers. He was as an elderly man she'd see occasionally out in front of the house. She thought he may have died several years ago. His son was now caring for the place and slowly cleaning it out. That's when the "Anything" store entered the picture. And yours truly soon after.

So ... as a tribute to a fellow collector and to the fine body of American jazz he amassed and was at pains to preserve, I offer these recordings from his trove for your listening pleasure.

Both of these discs are 10-inchers. One is on the cheapo Royale label, usually a budget label of dubious quality. But this one features all six sides from Earl Hines' very first session under his own name, originally recorded for QRS in Chicago. I know of no other issue for these historic sides other than the original 78s and this budget 10-inch pressing. Fabulous stuff, recorded just six months after Hines and Louis Armstrong waxed their superb Hot Five titles. You won't find these tunes anywhere else today.

The other LP is a sampler on the Jazztone label – the only 10-inch record they ever issued. It's as rare as hens' teeth, and though the music is mostly all available today in other forms, it's too cool not to include here. Plus the tunes make for great listening. One interesting note – the Rex Stewart cut features one "Herb Nichols" on piano, better known as Herbie Nichols. Nichols was, of course, the modernist whose recordings for Blue Note were later very influential, but whose lack of financial success forced him to earn a living playing in trad bands. Here he is, doing just that.

As always, these sides were ripped from the original vinyl, with only a minor cleaning of the sound. 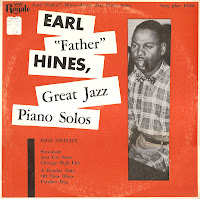 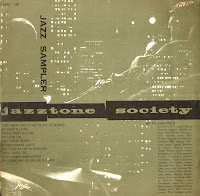