As the host of a jazz radio program, I occasionally get calls from listeners requesting to hear a particular artist or tune. As a rule, I don't play requests because they are often repeats of tunes or artists I've already featured. I love the hits, but there's only so many times I can spin "Take Five" or "Kind of Blue."

But in response to my last posting, visitor Baron asked if I had any Ruby Braff on Jazztone. When I responded in the affirmative, he asked that I upload a copy here. So ... I guess on do take requests online. With a library of about 10,000 recordings to choose from, it's likely that I have something you'd like to hear. Let me know. 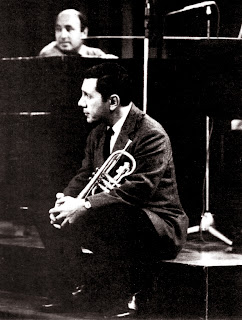 So here's Ruby. In my younger days, I didn't much care for the cornetist from Boston. It seemed inconceivable to me that a horn player in the modern era could look backward for inspiration. But now I know better – Mr. Braff, though not progressive by any measure, was a paragon of taste and swing. And he really knew the tradition.

This recording is not a reissue of a prior LP as so many of the Jazztones were. Jazztone produced this session expressly for its club members, and it was the first time that Ruby Braff was allowed to choose his own sidemen and tunes. The results are excellent, with fellow Bostonian Sam Margolis the standout. His Lester-inspired tenor really has depth here – a pleasant surprise as I was previously unfamiliar with his work. Billy Byers, a skilled composer, arranger and bebop soloist, fits the traditional style so well you'd never know he regularly worked with enfants like Phil Woods and Hal McKusick. Papa Jo is, of course, a swinging delight.

As always, these files were ripped from the actual LP, with only a minor cleaning up of the sound. 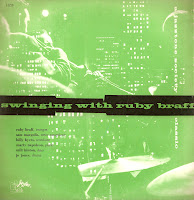 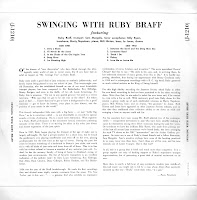