I've always had a thing for Red Garland. It was probably his touch that got me – and his incredibly melodic approach to chording. Nobody played like Red. And nobody accompanied like he did. It's what made him so perfect for Miles' band in the mid-'50s. And, a few years later, made him ideal as the pianist for most of John Coltrane's Prestige sides.

Yeah, yeah, I know – Garland made many, many (too many!) trio recordings for Bob Weinstock, and after a while they all sounded the same. A couple of blues, two standards, maybe a jazzed-up folk melody. But, heck, I'll take a hackneyed Garland LP over a Brubeck side most days of the week (though Desmond kills). That's just me, a simp for the Texas approach to the 88s.

Garland could play any tempo – fast, slow, in between. This posting offers Red fingering that quintessential slow drag tune, "Lil' Darlin'." A composition written (and arranged) by Neal Hefti and immortalized by Count Basie and his crew in 1958, "Darlin'" is the acid test for rhythm sections. Anybody who has ever tried to play this music we call jazz knows that playing fast is, well, if not a breeze, then at least a damn sight easier than playing slow. Slow tempi are tough to swing, and "Darlin'" is slower than slow. Which means it's nearly impossible not to drag it and kill the swing.

Brother Red takes it a bit faster here than the Kid from Redbank did, but it's a live recording so he gets a pass. What he does unquestionably do is rock the be-Jesus out of "Lil' Darlin'." In the liner notes to this LP, there is the statement that some "call Red a cocktail pianist," but nothing could be further from the truth. Smooth, uncluttered, melodic, yes – but superficial? Ridiculous. As I think you'll agree when you listen to OP's "Blues in the Closet" and the two standards included in this posting.

So here's Red Garland at The Prelude in New York City, up in Harlem on 129th Street and Broadway. He's accompanied by Jimmy Rowser on bass and Specs Wright on drums. This is one of several LPs that were issued from this October 2, 1959, appearance, and for some reason Prestige chose to release it on their Status imprint. The music is delightful, and the files come as always from the original vinyl. Very little cleaning was required. Wonder if that's Mrs. Garland on the cover? 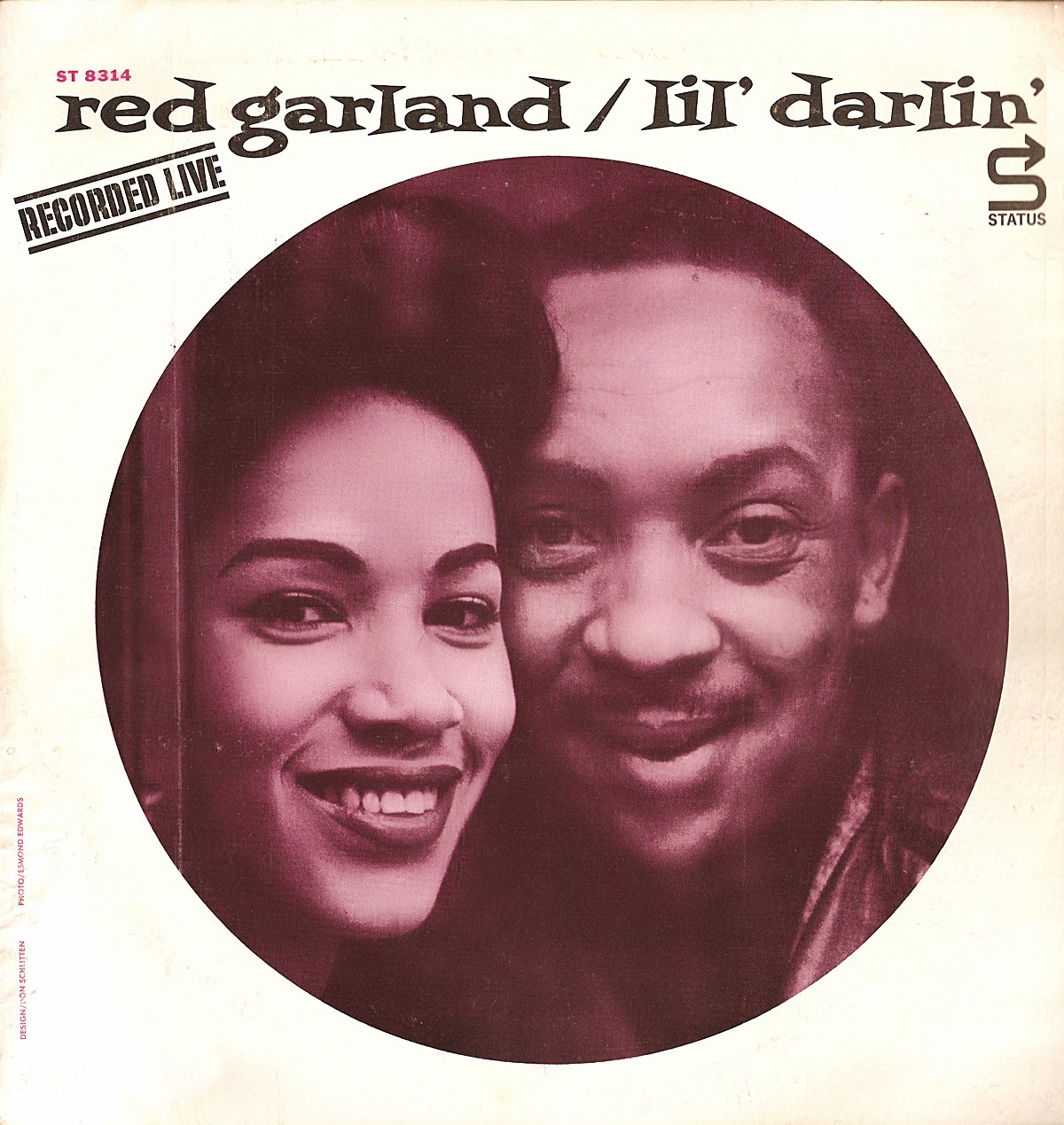 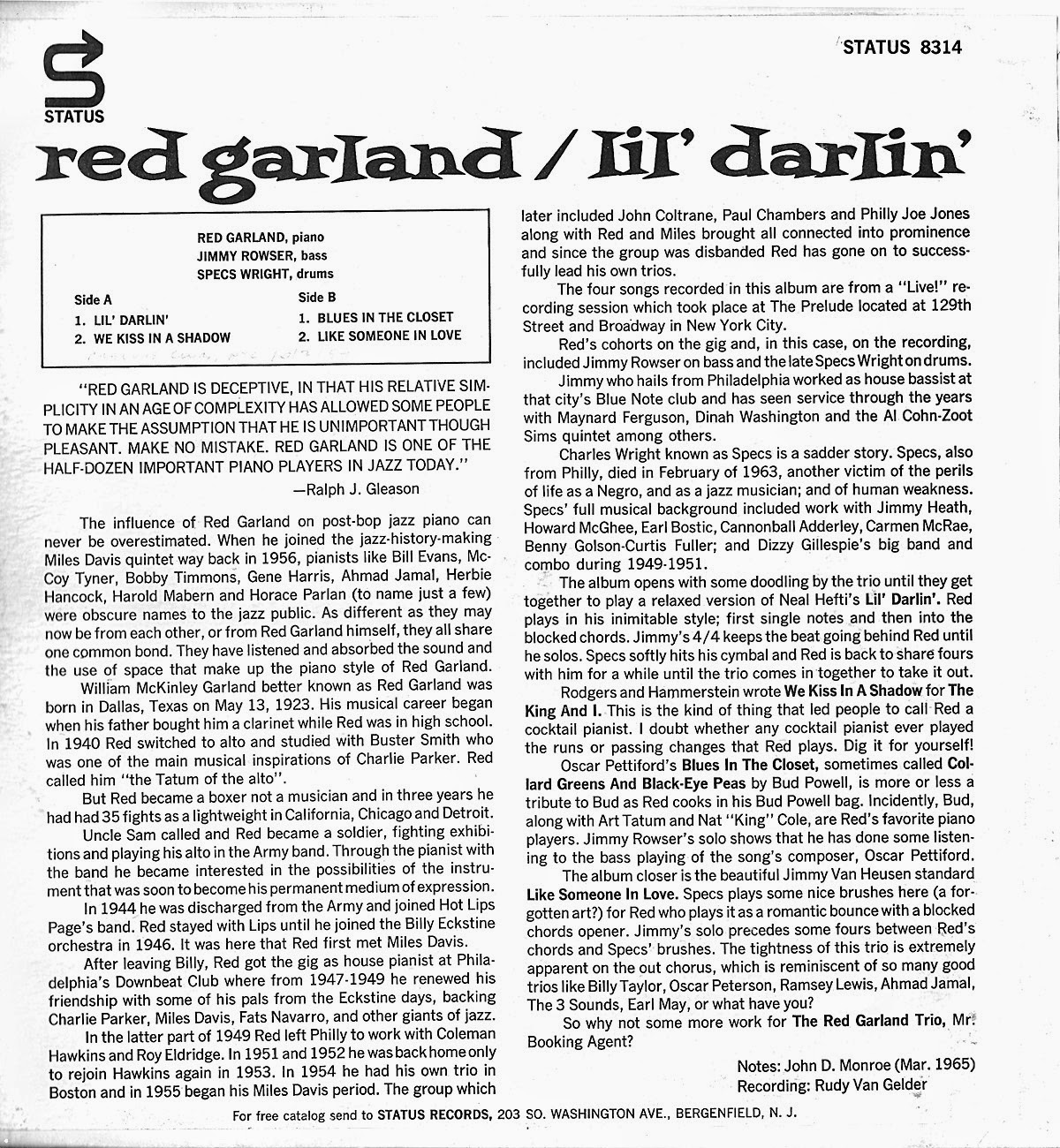