I first learned about Mary Lou Williams when I came across a 78-rpm album of hers on the Asch label at a library sale in Ithaca, NY. I was all of 19 and new to jazz, and she was the first female instrumentalist I'd encountered. The records were trio sides done in 1944 with bassist Al Hall and trumpeter Bill Coleman, and they made me a life-long fan. I learned much later that the Asch date sported one of the first jazz covers done by famed illustrator David Stone Martin. He and Mary Lou had met when she was playing at Cafe Society a year earlier and had become lovers. But that's another story.


Mary Lou Williams' career was an exceptional one. Married in her teens to reed man John Williams, she played first in his band in Memphis and then gained a seat in Andy Kirk's KC aggregation when the band's regular pianist failed to show and Ms. Williams was enlisted to fill in. She spent the next decade with Kirk, doing the band's arrangements, composing many of its most popular tunes, and performing as its featured soloist. In the '40s, she moved to New York City and established a salon of sorts for young, up-and-coming players like Bud Powell, Dizzy Gillespie, Charlie Parker and many others. In the late '50s she left music after converting to Catholicism and worked to help musicians overcome drug dependencies. She eventually returned to performing in the late '50s at the behest of Dizzy Gillespie and had a productive career as a modernist for another two decades.

I had a friend when I was living in Chicago who worked for a while for Catholic Television – yes, there is such a thing – and he came to me one day with an interesting offer. He knew I was into jazz, and he said they'd recently done a show with an older woman who was supposed to be a famous jazz musician. Her name was Mary-something, and would I like an audio dub of the show? Sure, said I, wondering who Mary X might be. Well ...

As it turned out, Mary was Mary Lou Williams. At this point in her career – this was 1980 – she was routinely doing a truncated "history of jazz" as part of her performances. She would start with spirituals, move to ragtime, then blues and swing, and finally conclude with bebop. Each era was represented by Mary Lou's marvelously intricate playing. Each tune was not a particularly faithful or even close recreation of the style it was meant to illustrate but more a portrait of Ms. William's own journey through the evolution of jazz. Mary Lou was game for just about anything in those years, and she even recorded her history of jazz in duet with Cecil Taylor in 1977.

Apparently Mary Lou Williams had done a version of her history for Catholic TV. The video is probably on a dusty shelf in a storage room somewhere in Chicago, but the audio is offered here in this post. As it's only about 20 minutes in length, I've added another rare recording of Ms. Williams from a Carnegie Hall date with Honi Gordon, Leon Thomas and the Interfaith Chorus. It was issued on the Avant Garde label (an imprint of the Vanguard company) and probably sold all of a dozen copies. Despite the verbose announcer, the music is first rate with lots of piano from Mary Lou. Honi Gordon – Mingus's favorite vocalist – gets in a glorious rendition of the Lord's Prayer as arranged by Mary Lou, and Leon Thomas avoids the yodeling gimmick that made/marred many of his later performances. This performance, in a small way, ranks right up there with the sacred music concerts of Duke Ellington.

As always, the files here were taken from the original analog audio sources with just a very minor cleaning of the sound. The Catholic TV dub retains the test tones and studio chit-chat that appeared on the original. I've included only side one of the Avant Garde LP as the second side features a folk trio – not of interest here. 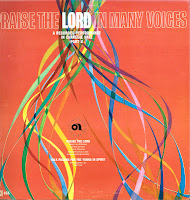 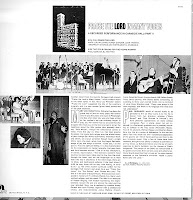 A History of Jazz